An offensive depiction of Jesus?

Interesting problem with one of the icons in a Catholic church in Oklahoma.  Their main crucifix is in the style of a San Damiano cross, which depicts Christ with a distended stomach.  In this instance, a bunch of people are seeing a huge erection instead.  Some have even left the church over it.

The poor artist, an orthodox Catholic, sounds really torn up about it, and will alter the icon.  According to a fellow artist, sounds like it’s a problem of contrast when the art is viewed from a ways back – something which would have been very difficult to see upon painting it up close.

Regardless: does it seem crazy to anyone else that many are more easily offended by the notion of Jesus having an erection than of Jesus’ death by crucifixion? 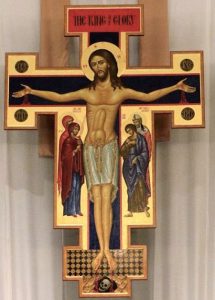 The Warr Acres Crucifix, in the San Damiano style 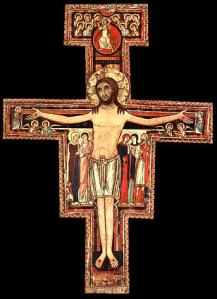